Soap Made of Beer 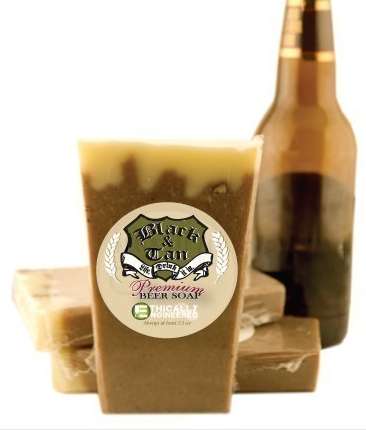 Enjoy Bubbly in the Bathroom With This Vegan Organic Beer Soap

Olivia Gissing — June 2, 2011 — Unique
References: etsy
This hilarious bathroom bar will ensure that you're enjoying some bubbly all day long.

This vegan organic beer soap, created by Jack of the EthicallyEngineered Etsy page, is perfect for dirty drinkers and grimy guzzlers. The soap actually bears brew in its recipe. This super soap was formed of a vegan stout beer and castor oil. Because of these natural and mild ingredients, this soap is gentle on the environment and on your skin.

Not only is this sudsy soap made of beer, but it looks like beer too. The bar of soap is quite large and resembles a pint of brew.