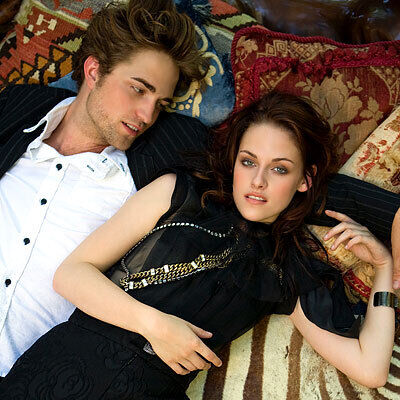 Twilight is In Style December 2008

“In the movie, I wear a lot of layers, like a big jacket to look more burly and bear-like,” explains Kellan Lutz. “I love wearing old-fashioned stuff, like top hats and bow ties and striped suits.”

What about everybody’s favorite vampire? Robert Pattinson admits, “I don’t want to look trendy, so I try to find clothes where somebody wouldn’t be able to say, ‘Oh, you’re a cool guy’. I do like the ‘expensive but disheveled’ thing if I am going out.”

Kristen Stewart confessed her love for the white Helmut Lang tuxedo jacket and Zac Posen shirt she wore (images 3+4), “I love women’s clothes fashioned after men’s clothes. You definitely feel more feminine because you look better in the clothes than the guys do!”

But Stewart also loved the ultra feminine Temperley London gown she wears in image 8, “I feel like a Greek god in this. Like Zeus’s wife!”
6.6
Score
Popularity
Activity
Freshness
View Innovation Webinars