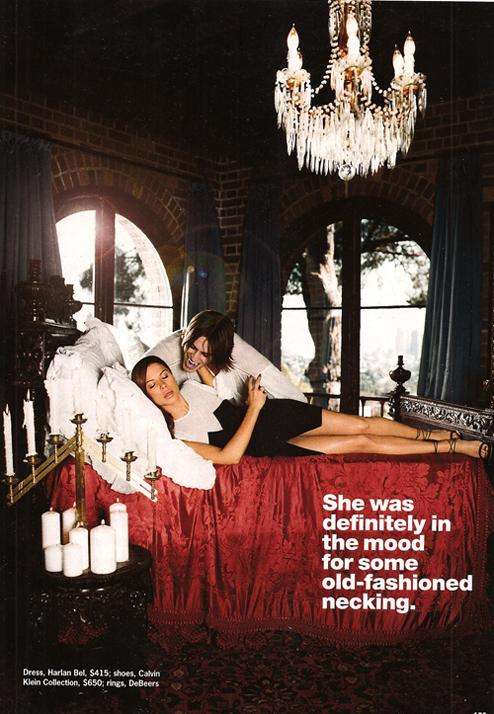 Mitra is the main character in a film called “Underworld: Rise Of The Lycans” in which she plays a mean, bloodthirsty vampire. In the Cosmopolitan spread called “From Dusk Til Dawn,” however, there is a reversal of roles and Mitra becomes the hunted.

Since Mitra was promoting her new vampire film, it is somewhat counter intuitive to feature her as the haunted victim. The Jezebel website notes, “Maybe the Cosmo editors didn’t want to have Mitra as a vampire (even though she plays one in the movie she’s promoting), so they hired some dude to play a bloodsucker. Why does she have to be so passive?”
4.1
Score
Popularity
Activity
Freshness
Get the 2021 Trend Report FREE