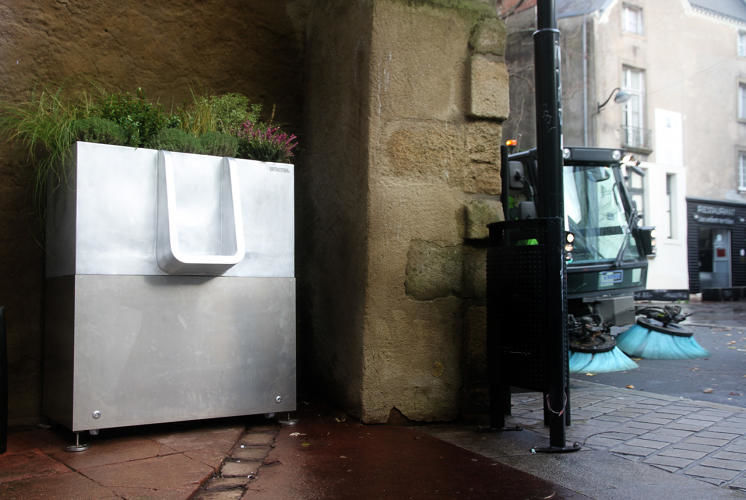 Joey Haar — February 7, 2017 — Eco
References: uritrottoir & fastcodesign
Share on Facebook Share on Twitter Share on LinkedIn Share on Pinterest
Like most metropolises, Paris has a problem with public urination, but the Uritrottoir is a potential solution that simultaneously does some good for the environment. The public receptacles looks like brightly colored planters during the day, but they double as specially designed urinals when those inclined towards public bladder relief make their way out in the evenings.

There's more to Paris' Uritrottoir than simply giving people a space to urinate on plants. Urinating directly into soil isn't good for plants. Instead, the Uritrottoir system houses a bale of hay underneath the plant's soil. Urinating into the receptacle drains the urine onto this hay, and the chemical combination between the nitrogen in urine and the carbon in hay creates a rich fertilizer that also cuts the odor of urine. Once full (after 80 to 500 uses depending on the size of the receptacle,) city officials will remove the fertilized hay and replace it with a fresh bale.