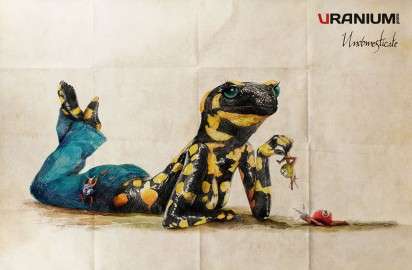 The Uranium Jeans Campaign Promotes Its Wild Side

Meghan Young — February 15, 2013 — Marketing
References: inbrax.cl & ibelieveinadv
Share on Facebook Share on Twitter Share on LinkedIn Share on Pinterest
Promoting its wild side, the Uranium Jeans campaign shows that to truly appreciate their denim products, people should tap into their animalistic nature. In particular, it appears that the images are encouraging honing people's prowess. In one instance, a hawk-like man is trying to trap some fairy-like creatures while a cheetah-woman is has also captured a mouse.

Conceived and executed by Inbrax, an ad agency based in Santiago, Chile, the Uranium Jeans campaign appropriately reads, 'Undomesticate.' It was art directed by Daslav Maslov and Cristián Toffolo with creative direction by Pancho González. Putting aside their expert direction, the true star of the ad campaign is artist Huacho Malo who created the imaginative and detailed illustrations with the help of digital creative Cristián Toffolo.
4
Score
Popularity
Activity
Freshness
Get Trend Hunter Dashboard