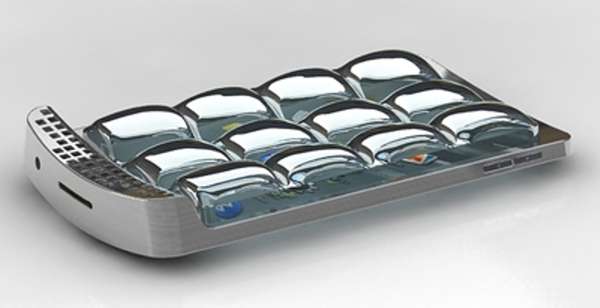 The Unliquited Concept Phone is Powered by a Methanol Battery Pack

Unlike other smartphones, the Uliquited stores all of its memory and data on a side server. This means that even if you lose or break your phone, all of your contacts, pictures, files, etc... are not lost. The use of the side server also cuts down on the phone's weight, giving it a sleek rail-thin look. The battery of this phone is powered by methanol and can be recharged by injecting 10mL packs of methanol into the 40mL battery pack. The Unliquited's metal frame is designed to be melted down and reused after use, possibly to make more eco-friendly phones.
2.6
Score
Popularity
Activity
Freshness
Attend Future Festival