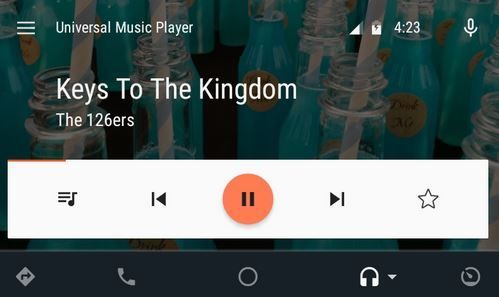 Rahul Kalvapalle — March 13, 2015 — Tech
References: androidcentral & phonearena
Share on Facebook Share on Twitter Share on LinkedIn Share on Pinterest
The Universal Music Player is a new reference app, offered by Google, that is targeted towards developers. In developer jargon, what makes this app so novel is that it helps designers create music apps that work on Android, Android Auto, Android Wear and Google Cast devices. In other words, one size fits all.

This app allows developers to use various tools and services including MediaSession, MediaBrowserService and MediaStyle -- found in Android 5.0 -- to put together apps that give users consistent and reliable performance on their Android-powered devices, whether they are smartphones, watches, tablets, television sets or even their car. Once learning about the various tools and possibilities granted by Google, developers simply need to make minor adjustments to have apps ready for use.

The app lets developers easily implement features such as playback controls, album art and others. So if you're a developer and don't want to have to create different apps for each Android form factor, the Universal Music Player might be for you.
5.6
Score
Popularity
Activity
Freshness
Get Trend Hunter Dashboard