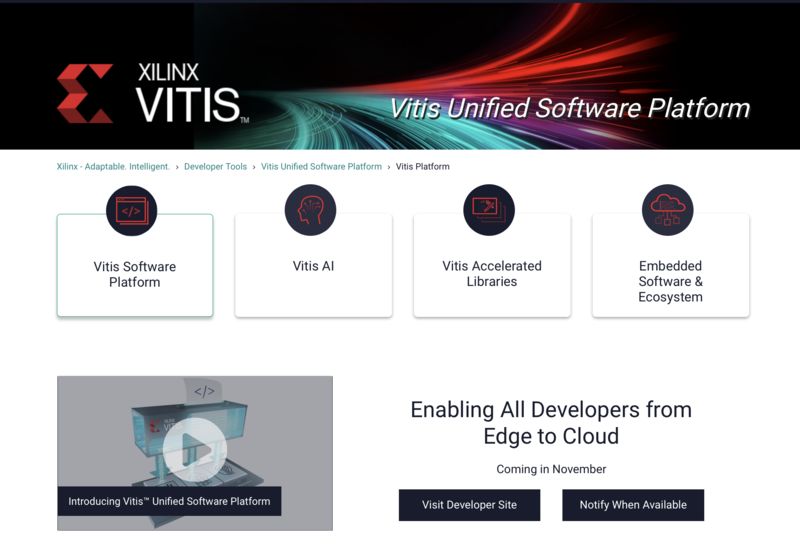 Kalina Nedelcheva — October 8, 2019 — Special
References: xilinx & finance.yahoo
Share on Facebook Share on Twitter Share on LinkedIn Share on Pinterest
Vitis is a new unified software platform by Xilinx -- a "leader in adaptive and intelligent computing." The launch is exciting because it makes adaptable hardware accessible to a broad new range of developers, facilitating the grounds for optimal usability and interdisciplinary engagement.

While the first layer of Vitis boasts "a board and preprogrammed I/O," its core development kit features tools such as compilers, analyzers, and debuggers, as well as the open-source Xilinx runtime library that ensures the efficient management of data across different domains, including subsystems and external hosts.