Naomi Hirabayashi, Director of Marketing at Do Something (INTERVIEW)

Lily Lapenna, Founder and CEO of MyBnk (INTERVIEW)
Next
Set of
Related
Ideas 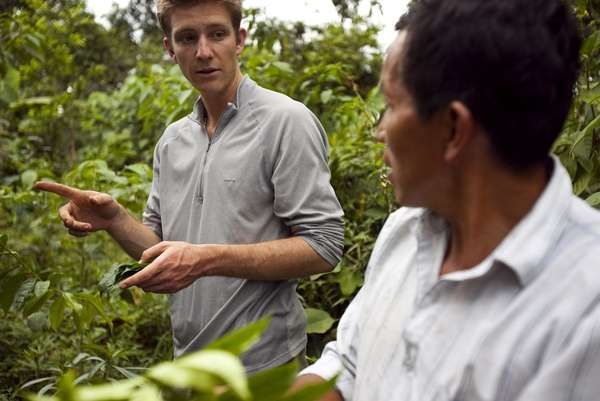 Tiana Reid — February 16, 2012 — Social Good
References: runa.org & poptech.org
Share on Facebook Share on Twitter Share on LinkedIn Share on Pinterest
As President and Co-Founder of Runa, a social business we profiled in late January, Tyler Gage has been working, for the past five years, in South America to develop fair trade practices, as well as culture preservation programs. To fully focus on Runa, Gage declined a Fulbright scholarship and has since been recognized with a Rainer Arnhold Fellowship for Social Enterprise.

Here, Tyler Gage explores not only how indigenous communities support their livelihoods under global capitalism, but also his belief that markets can create positive social change on an international scale.

While working with indigenous communities in South America, I witnessed firsthand the tradeoff indigenous communities face -- while they want to preserve their cultural and environmental heritage, they also have an immediate need to earn cash and feed their families in an increasingly globalized world. After long nights of storytelling and ceremonies, I would awaken the next morning to the crisp sound of a chainsaw cutting down hardwood trees nearby. I was struck by the stark choice communities were forced to make between their cultural and environmental values and immediate economic needs.

Later, I tasted guayusa tea, a traditional beverage the native communities drink in early morning tea ceremonies, and was amazed by the nice energy it gave me and the great flavor.

Together with the communities I began imagining how a Fair Trade business could share this rich-tasting tea with a global audience, and pioneer a proactive and culturally valuable way for the Kichwa people to participate in the global economy. Dan, my business partner and long time friend, meanwhile, traveled to Ecuador during a semester off and observed many development projects that had the best intentions but little financial stability or buy-in from communities; subsequently, he dedicated himself to study high impact non-profit management and envisioned bringing a business ethic to social work. With these experiences providing a grounding and operative view to the goal, we teamed up in an entrepreneurship class at Brown University in 2008 to write a business plan for their dream, and moved to Ecuador in January 2009 to make it a reality.

I studied a mix of communications, anthropology and creative writing at Brown University and graduated in 2008.

Dan and I decided to start a business because we believe markets are the most effective and sustainable way to create the kind of social change we want to see in the world.