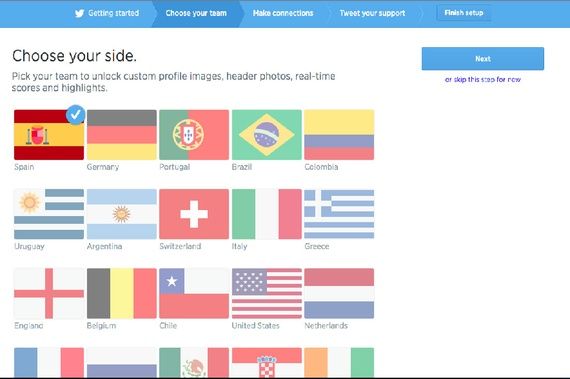 Twitter created 32 starter kits, one for each of the national teams participating in the World Cup. Each starter kit has around 90 Twitter accounts that are a must-follow if you want to stay on top of that particular team's World Cup fortunes.

If you're a new Twitter user and don't know how best to stay on top of World Cup soccer on Twitter, the starter kit will give you all the accounts you need to follow on a platter.
5.5
Score
Popularity
Activity
Freshness
Get Trend Hunter Dashboard