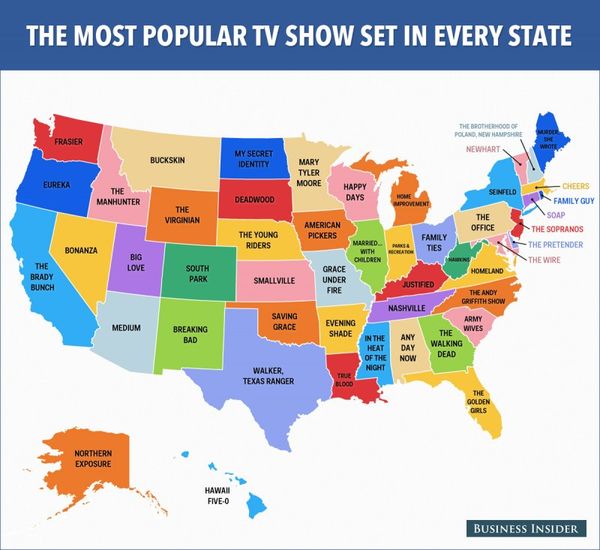 Angela Rajic — January 13, 2014 — Pop Culture
References: browsersafeguard & incrediblethings
Share on Facebook Share on Twitter Share on LinkedIn Share on Pinterest
Business Insider recently issued this fantastic TV show map depicting the most popular television program set in each state.  Breaking Bad is the most popular show set in New Mexico, while Murder She Wrote takes the top spot in Maine and Hawaii Five-O wins in Hawaii. The rest of the map is shared by a variety of different shows, including The Mary Tyler Moore Show, Family Guy, The Golden Girls and Happy Days.

This TV show map shows the cultural landscape of American television as well as the variety of settings used in any given show. A TV show has been set in every state from Alaska to Long Island and it is incredibly interesting to see which shows have best reception, biggest audience, most awards, nominations, etc. This TV show map graphic is a fascinating source of pop culture information.