Turn Your iPhone Into a Desktop 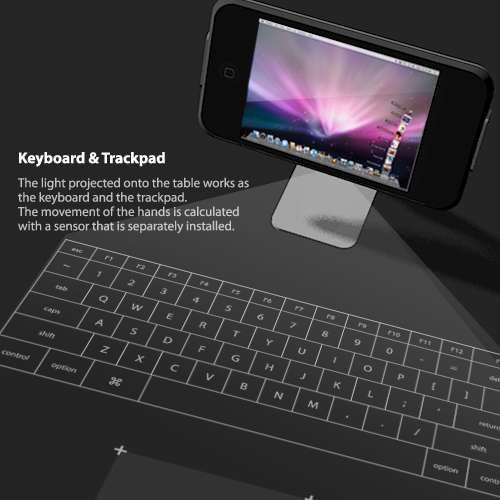 The system works by mounting the iPhone on a stand featuring a built-in projector and sensors.

With a full keyboard and trackpad projected onto the desk's surface, the movement of the hands are measured using the sensors to calculate the appropriate input.

Advanced features can include gestures to expand and contract the keyboard and mousepad, and maybe have other non-traditional multi-touch input gestures.


If the name sounded familiar, Mac Funamizu is the guy behind the magical Future of Internet Search concept: