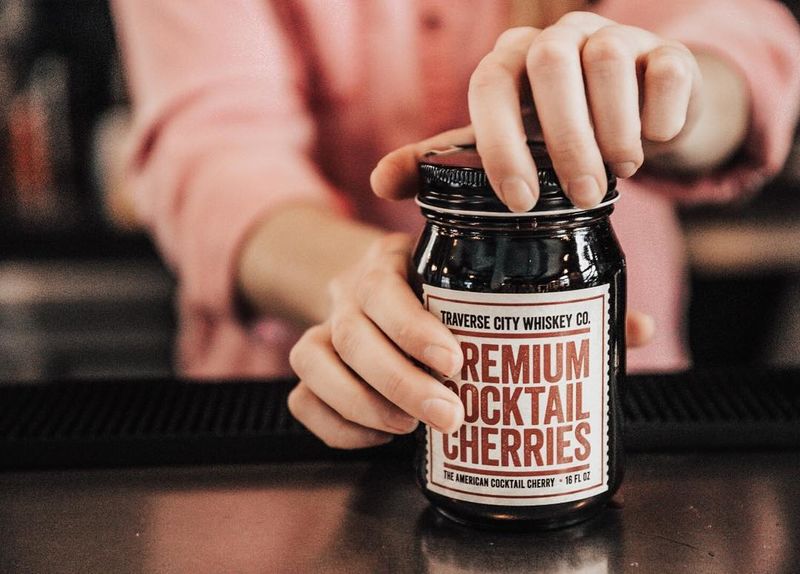 Justin Lam — April 19, 2018 — Lifestyle
References: tcwhiskey & drinkhacker
Traverse City, a craft whiskey distillery from the eponymous Michigan town, understands that garnishes can often make or break a cocktail and because of this, it has released its own cocktail cherries. Harvested from local orchards, the cherries used in the final product are beautifully robust, firm and dark burgundy in color. To produce the cocktail cherries, Traverse City mixes the fruit with its City Straight Bourbon, heats them in copper pots and jars them. The slow cooking process burns off all the alcohol from the bourbon and each jar is finished in a "hot-filled" process, which kills off all possible bacteria.

The finished cherries are quite large and unlike regular cocktail cherries, they maintain a certain bite. Instead of turning into a mush of fruit and sweetness, the Traverse City cocktail cherries feature a distinct chocolate character and an undertone of earthiness.
4.3
Score
Popularity
Activity
Freshness