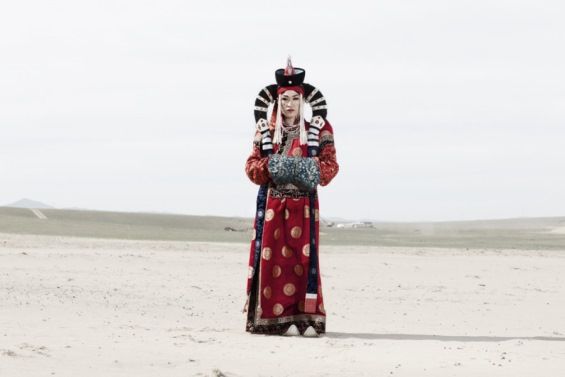 Transmongolian by Alvaro Laiz Captures a Secluded Way of Life

Meghan Young — March 11, 2014 — Fashion
References: alvarolaiz & beautifuldecay
Share on Facebook Share on Twitter Share on LinkedIn Share on Pinterest
Transmongolian by Alvaro Laiz, a photographer based in Spain, is a series documenting the transgender population of Mongolia. Although it is chock full of stunning imagery, there is a sadness underlying each shot due to the fact that many, if not all, of these individuals need to hide their true selves for fear of being violently discriminated against.

With the weight of tradition and Soviet rule still hanging heavy, such a lifestyle is more than frowned upon. Yet Transmongolian by Alvaro Laiz shows how beautiful it can be. The photographer writes, "Your life becomes a scenario in which you are pretending to be someone else. Your job, your relatives become part of this performance, and little space is left to act as you would really want to be. It is insane."
4.5
Score
Popularity
Activity
Freshness
Attend Future Festival