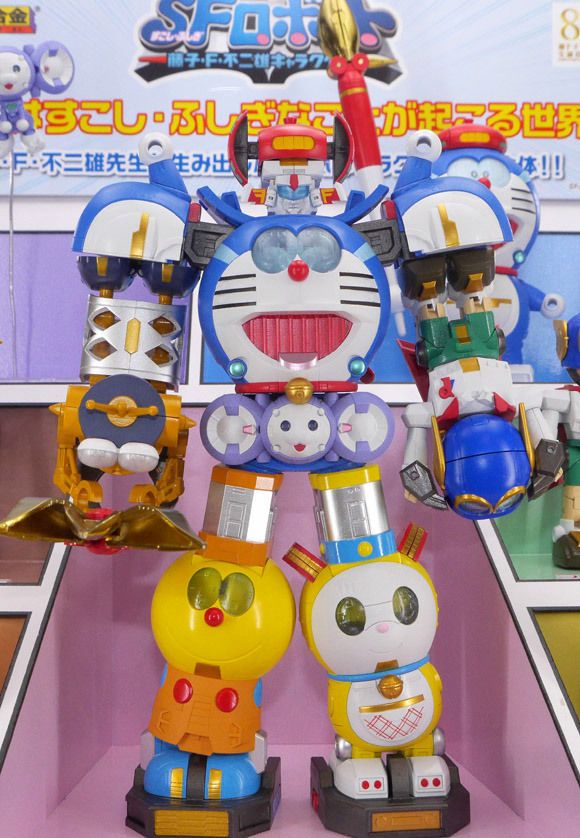 This Bandai Transformer Toy is Assembled from Multiple Anime Characters

The 'Chogattai! SF Robot Fujiko F Fujio Characters' feature Doraemon, Dorami, Perman, Chinpui, Korosuke and Gonsuke, which can be played with on their own or joined together to build a super robot that stands almost nine inches tall. The head of the robot looks an awful lot like Optimus Prime's, but sharp-eyed Doraemon fans will note that it actually looks more like the Zanda Cross robot that made an appearance in the Doraemon: Nobita and the Steel Troops movie.
2.6
Score
Popularity
Activity
Freshness
Access Advisory Services