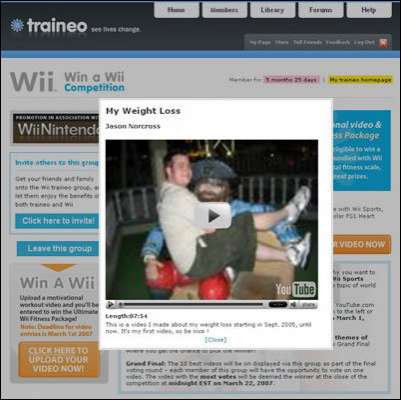 kyosuke0603 — February 20, 2007 — Tech
References: prweb
Getting your exercise exclusively through video games may become the way of the future. Traineo.com, an online fitness community, has just launched a Wii Fitness contest!

Implications - The contest is set to award an 'Ultimate Wii Fitness Package' and a multitude of other prizes to users who submit the most impressive motivational videos to the Nintendo Wii Group at traineo.com. Other members of Traineo's Wii Group will then be able to vote for their favorite submissions, with the ultimate winners being announced not long after the contest's official close on March 22nd, 2007. This is a great way to raise awareness while also promoting fitness! Well done Traineo.com!
2.7
Score
Popularity
Activity
Freshness