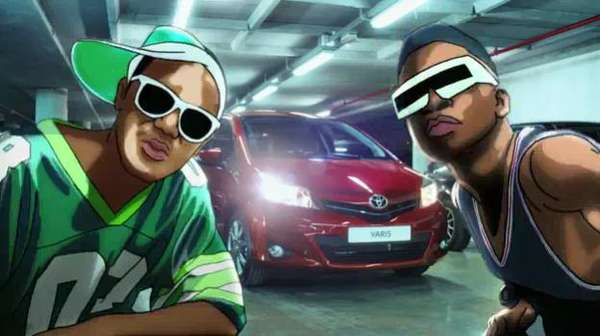 The campaign, which was developed by Saatchi & Saatchi and built around the tagline “The smart money’s on Yaris,” includes three 40-second commercials directed by Jones and Francois (makers of videos for the likes of Madonna and Justin Timberlake). The commercials are partially animated, styled after pop and rap videos and are centered around songs (the one shown here features the song, ‘But, Can You Do This?’) that pinpoint the Toyota Yaris’s features, such as its touch-screen multimedia system and agile driving ability.

Brand and digital marketing manager of Toyota Lisa Felden had this to say about the new, youth-focused Toyota Yaris Ads: “The light-hearted and dynamic approach is designed to reach out to a fresh audience for the Yaris, showcasing the pioneering, clever and creative features of the Yaris in a dynamic new light.”
3.4
Score
Popularity
Activity
Freshness
Get Trend Hunter Dashboard