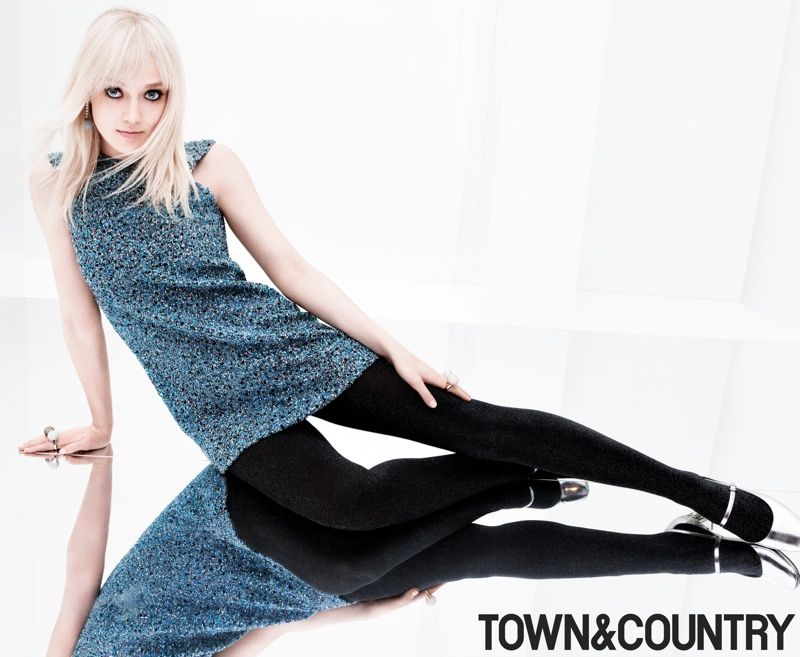 Meghan Young — July 4, 2014 — Fashion
References: townandcountrymag & fashiongonerogue
Share on Facebook Share on Twitter Share on LinkedIn Share on Pinterest
American actress Dakota Fanning might be channeling 50s style as Beverly Aadland in 'The Last Robin Hood,' but in the Town & Country August 2014 cover shoot, she is all about the 60s. Retro through and through, she sports a banged hairdo, Twiggy-like eye makeup and a collection of aline dresses that any mod girl would die to wear.

The Town & Country August 2014 cover shoot was lensed by photographer Daniel Jackson. In the accompanying article, she talks about growing up in the public eye, "Because people saw me grow up, there’s this weird sort of ownership that they feel for me and that is…difficult. Because it’s not real; it’s in their minds…I’ll be walking down the street and someone will say hello, and I’ll go, ‘Oh, hi!’ I’ll think I must know this person if they said hello, but then you realize, you don’t know them."
0.6
Score
Popularity
Activity
Freshness
Attend Future Festival