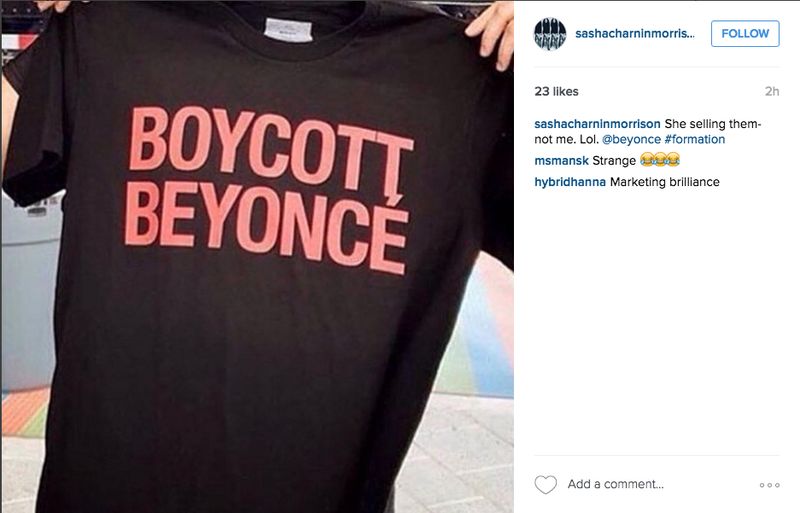 The Beyoncé Formation Tour Merchandise Calls Out Her Nay-Sayers

Alyson Wyers — April 28, 2016 — Pop Culture
References: refinery29
There has already been much drama surrounding the cultural event known as the Lemonade visual album (which was released last weekend), but Beyoncé is showing she ain't sorry with her Formation tour merchandise.

The tour of the singer's new album kicked off on April 27th in Miami, Florida. Many of Queen Bey's fans took to social media platforms like Instagram and Twitter to display the controversy-referencing merch available for purchase.

This includes black t-shirts reading 'Boycott Beyoncé,' which allow members of the beyhive to put their middle fingers up to the haters. Smartphone cases toting the same ironic message are also included as official tour merchandise. According to Refinery29, this is in response to those opposed to Yoncé's politically charged Super Bowl performance who felt it was anti-police.
4.8
Score
Popularity
Activity
Freshness