The No Impact Lifestyle Experiment

Tech to Stay in Touch

People as Traffic Sensors
Next
Set of
Related
Ideas 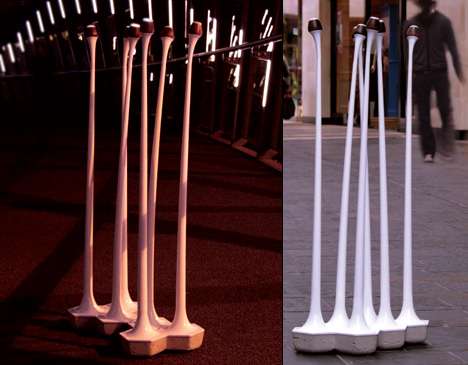 Meghan Young — October 1, 2009 — Eco
References: yankodesign
Share on Facebook Share on Twitter Share on LinkedIn Share on Pinterest
As Einstein once said, “curiosity has its own reason for existng,” and designer Peter Dalton has put that to the test with his ‘Touch Powered by Intrigue Concept.’ By placing these, according to YankoDesign.com, “weed-inspired protrusions” in busy malls and sidewalk areas, he proves not only that people are innately curious, but that they satisfy their curiosity through touch.

With piezo-ceramic cores embedded within each stem, each physical interactive causes them to flex, which in turn generates a current used to light the head of each ‘weed.’ Hence the notion, ‘Touch Powered by Intrigue Concept.’ This self-sufficient product yields the “the possibilities of a deeper understanding of human behavior have for future products and services, especially in relation to power consumption and energy sources.”
1.8
Score
Popularity
Activity
Freshness
Get Better and Faster

Experiments in Lifestyle Design
Blog of the New Rich