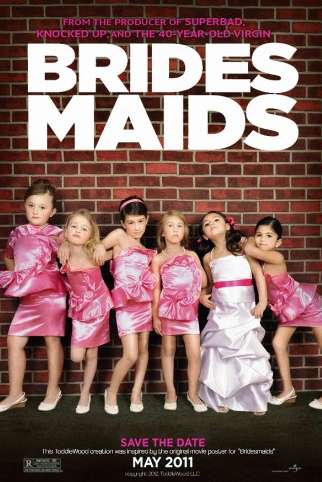 Meghan Young — January 18, 2013 — Life-Stages
References: tricia.bigeyephotography & lifelounge.au
Share on Facebook Share on Twitter Share on LinkedIn Share on Pinterest
The photo series titled Toddlewood by Tricia Messeroux, a photographer based in New York, recasts some of Hollywoods most acclaimed movies with children. From replacing Rooney Mara and Daniel Craig of 'Girl with the Dragon Tattoo' fame to taking over for girls starring in 'Bridesmaids,' the posters are incredibly well done. Of course, each and every one of them represents a film that is clearly not intended for children, which Sinead Stubbins of Lifelounge has a problem with.

"A kid at heart," as written in the opening line of her bio, it is only natural the the series Toddlewood by Tricia Messeroux was undertaken. Transforming average children into superstar celebrities, iconic figures and historic legend, she is assisted by costume designers, hair and makeup artists as well as a diligent production crew.
5.5
Score
Popularity
Activity
Freshness
View Innovation Webinars