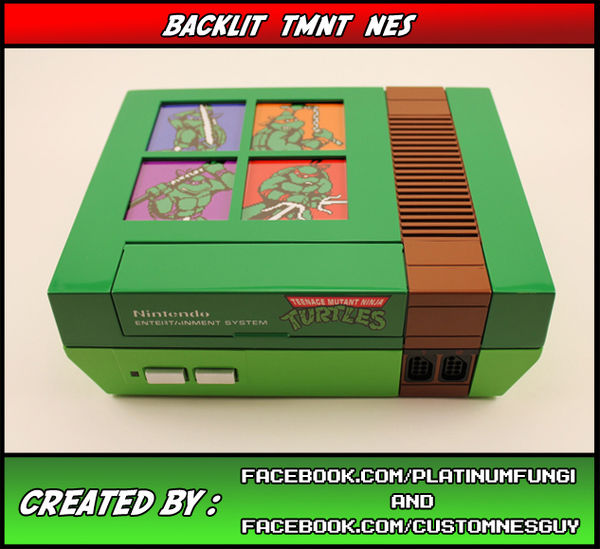 The TMNT Custom NES is Perfect for 80s Gamers

Michael Hines — December 31, 2013 — Tech
References: gameinformer & technabob
Console modder Ryan Fitzpatrick, he of the “Mega Man 2” Nintendo, is back with a TMNT Custom NES. The Teenage Mutant Ninja Turtles NES pays tribute to the iconic comic book and TV show with custom paint, controllers and a backlit top complete with pictures of each turtle. Fitzpatrick also worked on the console with another modder known as Custom NES Guy who has worked on both a Luigi and Castlevania NES consoles.

Each controller on the TMNT Custom NES has a skin representing one of the four turtles. The little details help push this project over the top, such as the bronze controller plug-ins. Fitzpatrick has put the console up for sale on eBay and it can (currently) be had for a bid of $1,300.