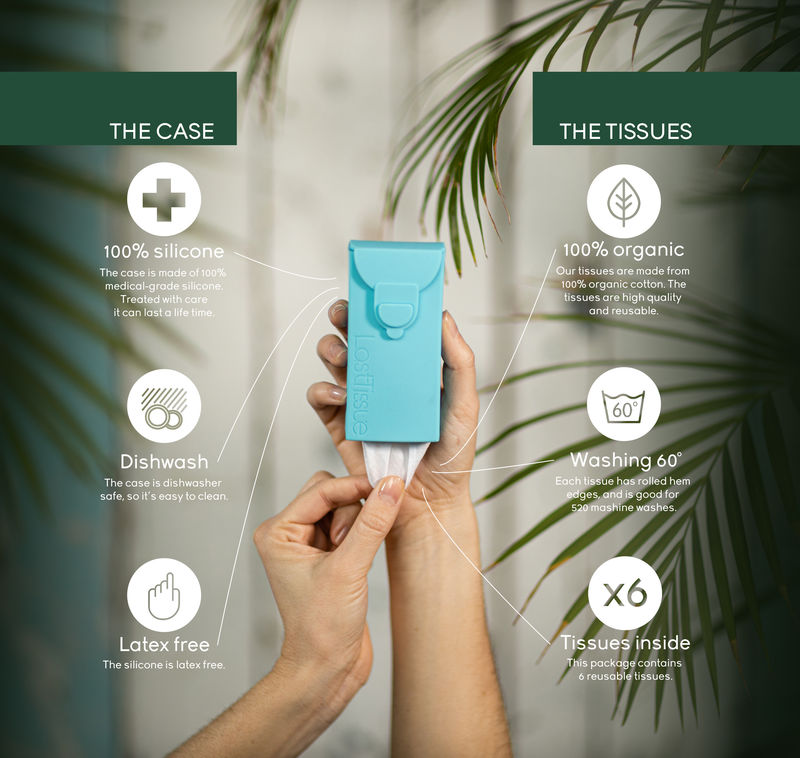 Laura McQuarrie — January 28, 2020 — Eco
References: kickstarter & prnewswire
There's tons of opportunity for many single-use products to be reinvented and LastObject is tackling tissue packs with the introduction of LastTissue. LastObject is introducing LastTissue on Kickstarter as a modern take on the handkerchief, as one dishwasher-safe silicone pack contains six reusable handkerchiefs made from 100% organic cotton—as LastObject describes, it's as if "a handkerchief and a tissue pack had a baby."

It's understandable that many people are put off by the idea of carrying a used handkerchief, especially when there are disposable tissues available, but the design of LastTissue even includes a dedicated spot for storing and separating the used and unused cloths.