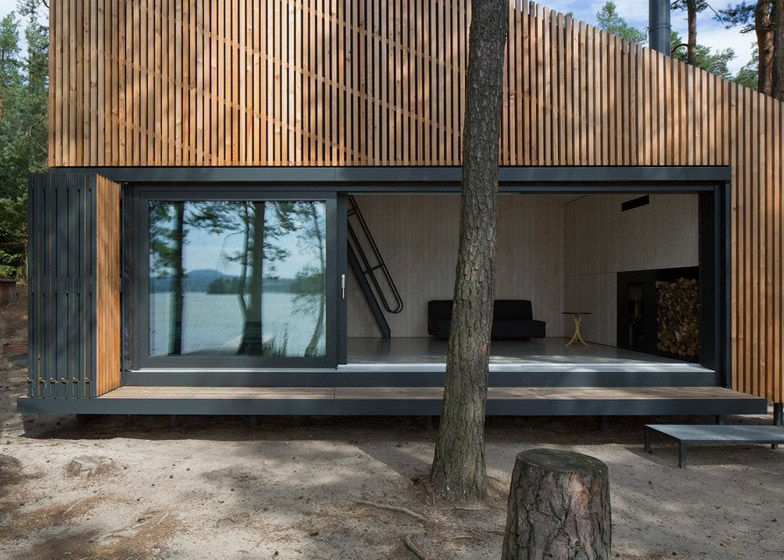 This Timber Cabin Blends in with Its Natural Environment

The cabin features a folding screen that, when opened, offers spectacular views of the surrounding forest and nearby lake. The structure is designed within the same perimeter as the former building, a 1970s cabin which did not have the appropriate infrastructure or insulation. In improving these elements, the architects wished to create a more meaningful connection between the cabin and its site.

Wood was chosen because of its connection to the environment; however, it also ensured that the disruption to the site would be minimal. Using screws, the architects raised the building off the sandy floor of the forest -- this method being more sensitive than anchoring the home with a concrete base.