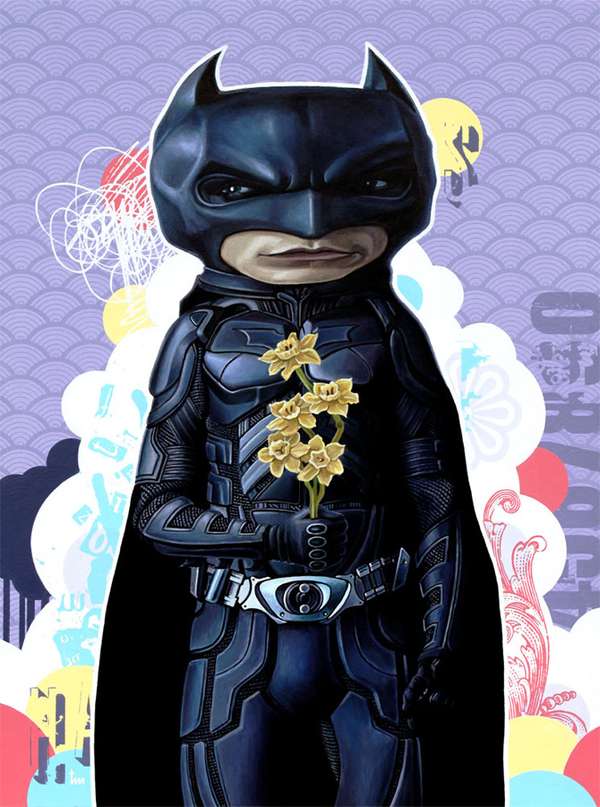 Marina Rotharmel — July 18, 2012 — Pop Culture
References: timmacleanart & subtextgallery
Share on Facebook Share on Twitter Share on LinkedIn Share on Pinterest
Artist Tim Maclean draws his inspiration from pop culture icons and as he says on his website, “the mystery of consciousness and how it is shaped by language and culture.” His latest series titled, ‘Fragments and Phantoms,’ premiered during the Comic Con weekend in San Diego. His works will be on display from July 14th to August 31st at the Subtext Gallery in San Diego.

Maclean's works are surreal and portray favorite superheroes and villains like the Hulk, Spiderman, Batman, Wonderwoman, The Joker and Loki. He displayed other famous actors as well like Bill Murray in Groundhog Day, Brad Pitt in Fight Club and Tony Hale in Arrested Development.

These paintings are extremely detailed and some favorites include Batman holding a bouquet of flowers, the Hulk adorned with lion hat and club and Spiderman wearing an iron hat. These painting are inspired by a combination of Greek mythology and various superheroes.
4.1
Score
Popularity
Activity
Freshness
View Innovation Webinars