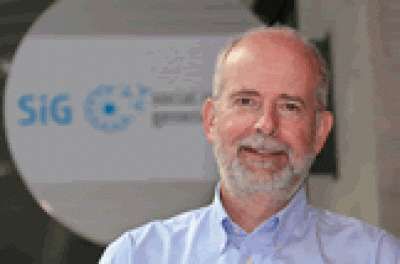 This interview is split into two parts. The first focuses more broadly on SiG and how Tim Draimin started working there, and the second interview explores his views on how he gets inspiration, definitions of social innovation and social business, as well as what the Occupy Movements mean for global change.

SocialBusiness.org: How did SIG get started initially?

The world is filled with a lot of wonderful orphaned social innovations; the real challenge is getting those innovations to go to scale and to have the impact that is really necessary to bring about the scale of change that we’re all interested in. They thought to themselves: we could become like a venture investor, like if you think of the big venture firms in United States. They sometimes have on their staff the expert in human resources, the expert in finance, the expert in organizational change, the expert in business models, etc., and then they loan those resources to their investees to help them move beyond a particular barrier that has shown up as they’re taking their business to scale. But then they had thought, maybe it would be better if it could help stimulate the creation of an ecosystem of institutions that would be supporting these social innovators to go to scale. What they recognized was there was a paucity of institutions that were really looking at how to help social innovations go to scale.

They knew that MaRS Discovery District was just starting up and Tim knew the Founding Chair, Dr. John Evans, who is a real visionary, and got to know Dr. Ilse Treurnicht, who is the CEO, and said, your mission for MaRS is to improve the social economic well-being. We don’t have anything really focused on social innovation -- what about thinking about including social innovation in your vision? What could MaRS be as Ontario’s leading innovation hub? The folks at MaRS got really excited about that idea and then they were able to get the Government of Ontario excited to explore this and to provide some leadership around social innovation so they got some financial support to create a five-year program at MaRS.

The real thrust in approaching MaRS was because they knew that its primary working relationships were with the business community so they wanted to make sure that they had a strong link to that sector and to the whole entrepreneurial drive of social innovators in that capacity. But they also recognized that there needed to be real growth in the knowledge around the processes of social innovation. What were we learning about them in these early days in the field? So they looked to the university sector and the University of Waterloo committed to creating a center on social innovation. The University of Waterloo, of course, in a Silicon Valley of Canada -- Kitchener-Waterloo with RIM and all of these other kinds of things being there -- and so it was the natural extension of the university’s interest to be able to pick up on that.

So today the University of Waterloo has the Waterloo Institute of Social Innovation and Resilience (WISIR) and it’s very active in generating knowledge, doing education and just launched a graduate diploma certificate in social innovation.

Another institution that they involved was PLAN (Planned Lifetime Advocacy Network), which is a BC-based organization that started 25 years ago, and it was founded by two people who are helping parents with kids with disabilities to answer the question, “What happens to my child when I die?” Recently, children with disabilities are beginning to outlive their parents -- that didn’t used to be the case years ago but it’s happening now. And so they have come up with a variety of really innovative ways in which they’ve scaled their organization.

And so that became the founding group: there’s McConnell as the start-up organization for SiG, MaRS, the University of Waterloo and PLAN.

SocialBusiness.org: You were the founding Executive Director of Tides Canada prior to this, so how did you decide to join the social innovation sphere? Was it a natural progression for you?

Tim Draimin: I think it was. My career has been in the non-profit field -- except for a short period of time when I had my own consulting business, but it was more consulting to non-profits, whether or not that means I escaped the orbit of non-profits or not. But I had been involved in a number of things in which I thought were people trying to innovate new ways to do things. Part of my career was around working on conflict resolution in Latin America where we started to build a profile of working in what today is called citizen-track diplomacy -- how civil society plays a role in helping to create spaces to complement work done by governments and global organizations to help create conditions for peace to take hold.

Tides Canada is really a social innovation based on an idea that emerged in the United States; we were borrowing an idea. So in a sense, doing Tides was trying to scale an existing social innovation but bringing it to Canada where it didn’t exist. It was Canada’s first national public foundation supporting socially innovative philanthropists and social innovators to be able to scale big ideas. Tides had two parts: the foundation, a public foundation so people could create accounts and use Tides as their philanthropic vehicle; and we also created Tides Canada Initiatives which is not a foundation but an operating charity that creates space for social entrepreneurs and social innovators to come in and create a project housed within a charity so they can focus on their big idea without having to worry about a back office because the back office supports a whole variety of social entrepreneurs at the same time.

I was really working in the social innovation space, not so much in terms of talking about that in that language, but in different types of language, and then when I was there (at Tides) I started actually collaborating with PLAN, because I was based in Vancouver and that’s where PLAN is, and Al Etmanski and I were working on expanding the finances available for innovative non-profits which was what Tides was trying to do at first. We were interested in doing it not just with the donated dollar as a grant, we were also interested in doing program-related investments and other ways of leveraging endowment capital and finding new sources of capital that could be brought into the social change universe. Together we started a project around social finance and in actual fact that social finance work and the Tides work was a natural progression to coming in and working with SiG.

SiG originally started and didn’t have a national office and then I was invited to create a national support system because each of the nodes were working on their own objectives, which was great, and I just needed to find a way to ensure that the synergies between and among all the different nodes could come together to create more than the sum of the total of all the parts -- and that’s what I’ve been working at at SiG National. The key signature piece that we’ve done around that was hosting a project around social finance called Causeway and convening the Canadian Task Force on Social Finance.

SocialBusiness.org: What’s the relationship between social innovation and social business?

Tim Draimin: For me, social business is a social innovation. Social business is a huge part of the equation for success in the 21st century. Historically, social innovations, to go to scale have very often relied on governments and the tax system to be able to make that possible. I’ll give you an example. In the United States, a lot of people credit Benjamin Franklin, one of the Founding Fathers, with inventing the public library. He started a public library in the city he lived in. But it was an orphaned idea, an orphaned social innovation, and it didn’t really go to scale until Andrew Carnegie, a really famous capitalist, decided that he was going to make a civic contribution and he built libraries -- he thought libraries were a great thing -- all throughout the United States. When the library was constructed and books were installed, he took the keys to the library building and handed it to the municipality. That’s how libraries came about to being such as a key part of modern life.

Going towards the future, we can see right now, we’re living in an era of fiscal restraint, a lot of governments’ finances are not really in great shape but we have a huge in flux of incoming social innovation ideas so we can’t just make the conclusion that all of these ideas are going to be driven into government and that government is going to take the responsibility for creating these public goods and these public benefits, because that’s what social innovations do, they create public benefits. We really have to think about more diversified funding models for social innovation. Some social innovations might be a marriage of government grants and contributions, individual donations and an earned business model. Some of them might be in the charity sector, some might be in the nonprofit sector, some might be in the hybrid sector like the low-profit limited liability company (L3C) in the United States or the Community Interest Company in the U.K. (CIC) and people are proposing in Canada a community enterprise company. There are all these different hybrids that basically operate in the nonprofit space but operate like a business, they’re beginning to grow and then there are for-profits that have been developed precisely to be able to produce a social benefit. I think that becomes really important as social innovators, social entrepreneurs are trying to figure out how to take their big idea to scale. Very often, the tax status choice is going to be a for-profit entity because that’s going to offer the biggest opportunity to go to scale.

There’s a really famous example of a young man who was a volunteer in West Africa and he was living in a family in a rural area and a child where he was living almost died because the kerosene lamp, a source of light in the house, broke or exploded and the child got burnt on parts of his body. He had this insight that this didn’t need to be the case. This is a problem and this is really easy to resolve. We can use renewable energy and we can use LEDs to basically get rid of all these kerosene things. In actual fact, it’ll probably cost people less in the long term. He thought about doing it as a charity and he tried to figure out how long it would take him to raise the money to take it to scale but he realized he’d be able to scale it much faster if he were to do it as a for-profit business than as a charity.

I think social business is a like an idea whose time has come. Maybe one day the adjective “social” in front of “business” won’t be needed because the DNA of all businesses will be so completely infused with their social mission that they’ll have that sense of social business about the generic title of the world “business.”
2.5
Score
Popularity
Activity
Freshness
Attend Future Festival