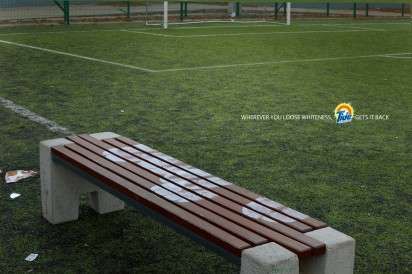 Meghan Young — December 20, 2011 — Marketing
References: leoburnett & ibelieveinadv
Share on Facebook Share on Twitter Share on LinkedIn Share on Pinterest
Black clothing isn't the only color that fades with time, as the Tide Absolute campaign shows. White seeps out of clothes as well, but thanks to this detergent product, that aging process is slowed down significantly. As the ad campaign's tag line states, "Wherever you loose whiteness, Tide Absolute gets it back."

Conceived and executed by Leo Burnett, an ad agency based in Warsaw, Poland, the Tide Absolute campaign may be simple, but it gets the message across loud and clear. It features images of common areas such as the dining room and football field with traces of white that people have left behind.