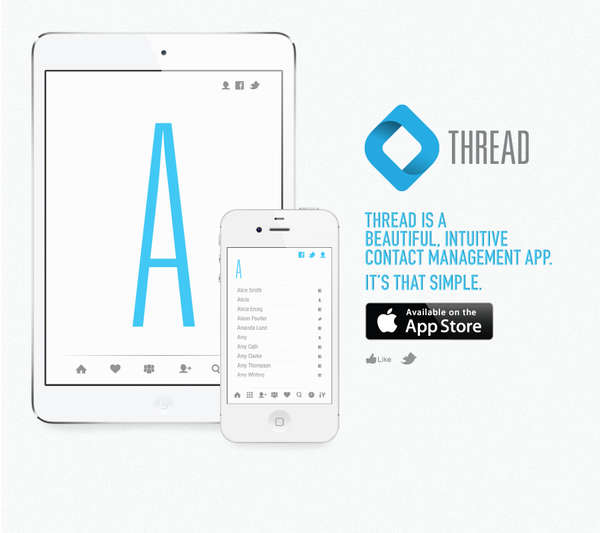 While there's nothing fundamentally wrong with the stock caller ID software built into every iPhone, the new Thread app upgrades it in ways you never knew you wanted. For example, the Thread app will synchronize your contacts and incoming calls to the caller's existing Facebook and Twitter accounts. That means that you can screen your calls like never before, even during a call. The Thread app also allows users to group their contacts by personalized groups, and even updates the ubiquitous iPhone dialer with a newer, cleaner design that has a lot more savvy tech appeal. The Thread app will also display your most recent interactions with the caller through text and social media. It's caller ID for the 21st century.
2.4
Score
Popularity
Activity
Freshness
Access Advisory Services