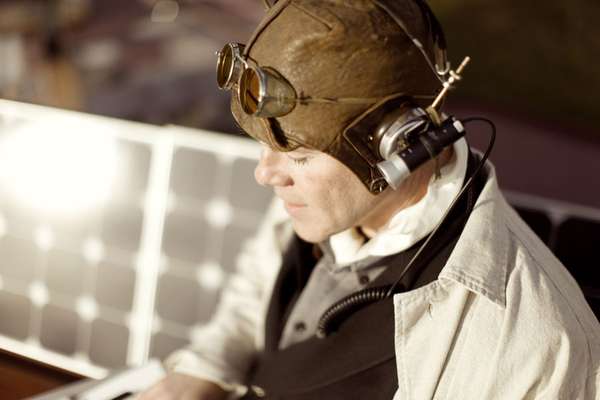 Sam "Samford" Saunders — July 18, 2011 — Pop Culture
References: floatingcity
Thomas Dolby, successful electronic 80's musician with hits such as 'She Blinded Me With Science' is back after a long hiatus from music with a new and unique project.

Dolby took a break after a long success run during the 80s, hailed as a pioneer in electronica music during his time. He took some time off to work on his company, called Beatnik, but now returns with a new album, and a very unorthodox way of promoting it.

The Floating City is an interactive, Internet-based strategy game, where users form tribes and trade with each other in order to achieve the main end -- winning the tracks from the new album, due to be released when the game reaches its peak. It's set in an alternate version of the 1940s, created from the idea that history passed differently to reality, the story behind it being the catastrophic failure of a global energy experiment.

Users can trade with each other in order to complete the game and win the tracks from the new album. Players can also win free tickets, other music downloads and merchandise as motivation for playing. The special part of it is that the most successful tribe at the time when the game is complete wins a private show with Thomas Dolby himself -- definite motivation for the players. The game uses tracks from Dolby's old discography, as well as music from his new album, allowing users to get into his music if they haven't heard of him before. It's unique, and should be a success, but that remains to be seen. For now, I'm off to the Floating City --I'm just hoping that it doesn't sink.
1.1
Score
Popularity
Activity
Freshness