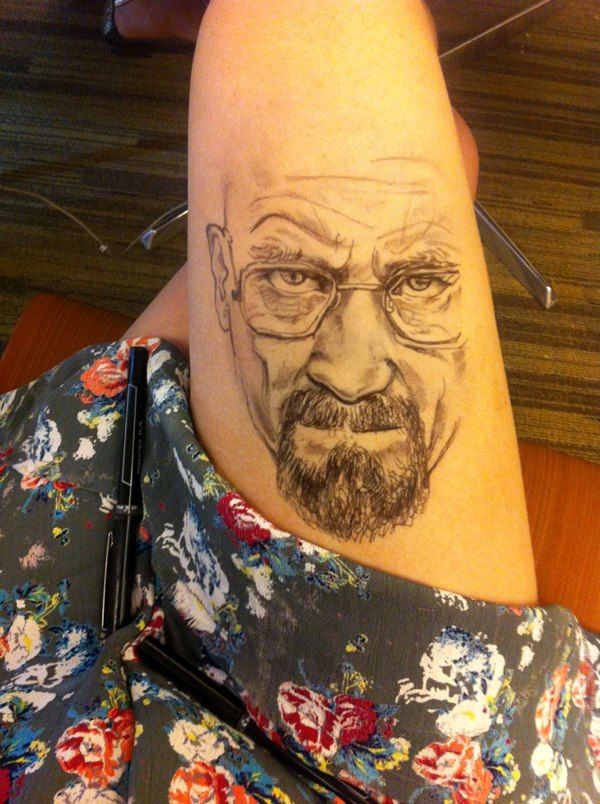 The Thigh Doodles by Jody Steel are a Work of Art

Akihiko Tse — September 18, 2013 — Art & Design
References: jodysteel & mymodernmet
Share on Facebook Share on Twitter Share on LinkedIn Share on Pinterest
Jody Steel's thigh doodles are often misconstrued for as tattoos, but there is no mistaking her canvas. In a series of "doodles" drawn with nothing but a few pens and markers while sitting in one of her classes, Steel brings some notable pop culture characters to life on her leg, as well as illustrate some gruesome images of exposed shredded muscles and bone.

Steel, a 19-year-old film production student at Emerson College, admits that she began her thigh doodles because she "didn't have any paper around ... "I'm just really pale and my skin is almost equivalent to paper." Some of those doodles include an octopus, Joseph Gordon-Levitt, Walter White from the hit TV show Breaking Bad and Daenerys Targaryen from Game of Thrones. Her incessant doodling in class has even managed to catch the attention of one of her professors, who hired Steel to illustrate a novel.
4.3
Score
Popularity
Activity
Freshness
Get Trend Hunter Dashboard