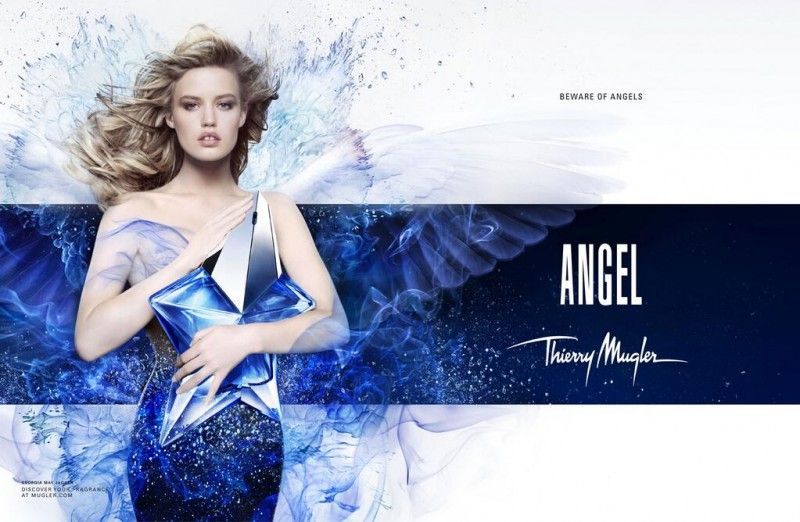 Meghan Young — June 24, 2014 — Fashion
References: muglerusa & fashiongonerogue
Share on Facebook Share on Twitter Share on LinkedIn Share on Pinterest
The Thierry Mugler Angel Fragrance ad campaign embraces the name of the perfume in a slightly atypical fashion. Instead of taking note of the Victoria's Secret Heavenly campaign in which Karlie Kloss is transformed into an actual angel, model Georgia May Jagger appears to channel a more celestial being. Wisps of blue waft about her as she holds a big blue star and wears a cosmic skirt.

Shot in studio, the Thierry Mugler Angel Fragrance ad campaign takes the lead from the bottle's design. Yet what makes the campaign stand out in particular is the fact that Jagger follows in the footsteps of her model mother, Jerry Hall, who was a face of the scent which originally launched 22-years ago. Of course, only those tuned into the industry will appreciate that piece of trivia.
4
Score
Popularity
Activity
Freshness
Get Better and Faster