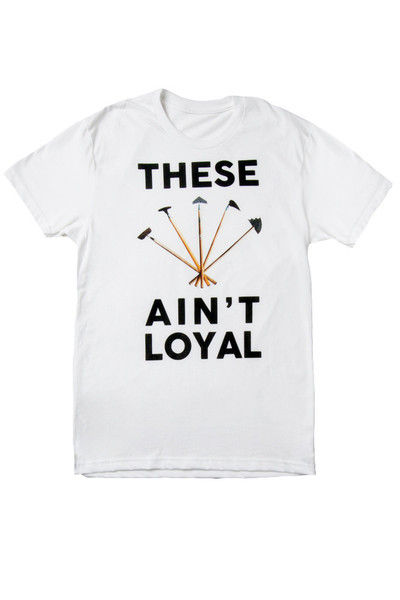 Vasiliki Marapas — October 1, 2014 — Fashion
References: kiddangerous & shop.nylon
Kid Dangerous has created a hilarious "These Hoes Ain't Loyal" t-shirt that features an image of the gardening tool across the front.

The words come from the lyrics of Chris Brown's 'Loyal,' the begrudgingly catchy fourth single from the rapper's upcoming studio album. In it, Brown bemoans the disloyalty of women who will drop their man at the snap of a rich rapper's finger. That won't stop him from going after your girl, though.

While the lyrical content of the song may be questionable, there's no denying the hilarity of this shirt. Seeing a series of shovels, instead of a series of video-ho's, on this t-shirt gives it an unexpected twist that will delight Chris Brown fans and non-fans, alike.
3
Score
Popularity
Activity
Freshness