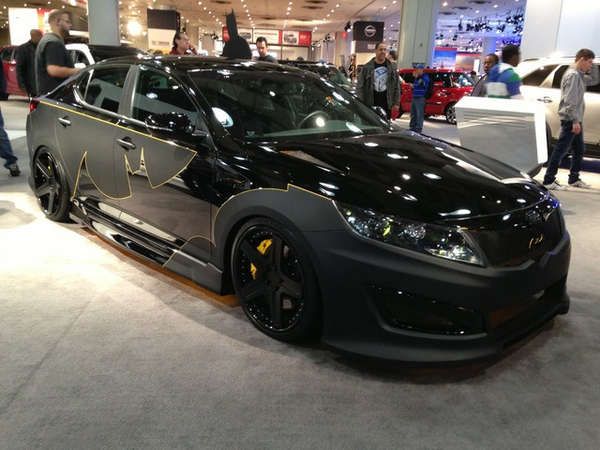 Ryan Fowler — April 10, 2013 — Autos
References: nerdology.tumblr & laughingsquid
Share on Facebook Share on Twitter Share on LinkedIn Share on Pinterest
DC Comics and Kia have teamed up to create a series of superhero-themed cars, the creative automobiles are a slightly different type of super car than we are used to seeing. Creating a partnership with Kia Motors, DC Entertainment co-publisher Jim Lee helped design eight cars, three of which were displayed at the Auto Show. The incredible superhero-inspired cars include references to Batman, Superman and the Green Lantern.

Other notable car designs include the Justice League, Wonder Woman, The Flash, Aquaman and Cyborg. Kia's involvement with the project was meant to help with DCs, 'We Can be Heros' charity campaign. It is not yet decided what will be done with these amazingly designed automobiles, but they will most likely be auctioned for the charity.
5.8
Score
Popularity
Activity
Freshness
Jeremy Gutsche Keynote Speaker