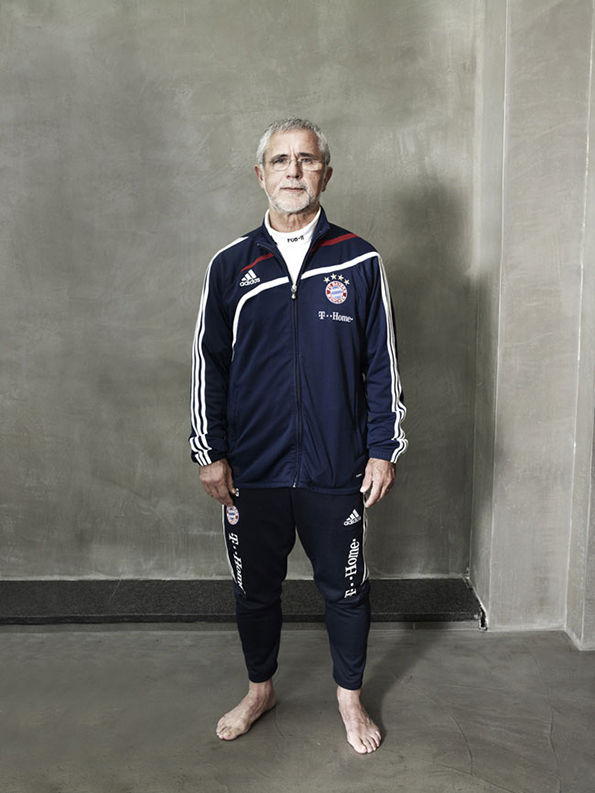 Vasiliki Marapas — June 16, 2014 — Lifestyle
References: michaeldonald & itsnicethat
Share on Facebook Share on Twitter Share on LinkedIn Share on Pinterest
Michael Donald's latest project is especially exciting in wake of the 2014 FIFA World Cup. Donald tracked down 35 men who have scored in the the World Cup Final in order to photograph, film and interview them. This group includes legends such as Pele and Sir Geoff Hurst, as well as retired insurance salesman Martin Peters. Notably absent are Johan Cruyff, Diego Maradona, David Beckham and Lionel Messi. The series is especially significant considering the rarity of scoring a goal in the World Cup Final; only 56 people have achieved the feat since the tournament's inception in 1930.

The series serves as a commentary on the changing nature of sports and their significance in society. More importantly, it explores the ways in which history, fate and individual athleticism are combined in order to create what we have designated to be a "hero."

Donald's finished project resulted in the Passion Pictures film 'I Scored a Goal in the FIFA World Cup Final,' which was broadcast on ESPN and nominated for an EMMY award.
1.5
Score
Popularity
Activity
Freshness
Access Advisory Services