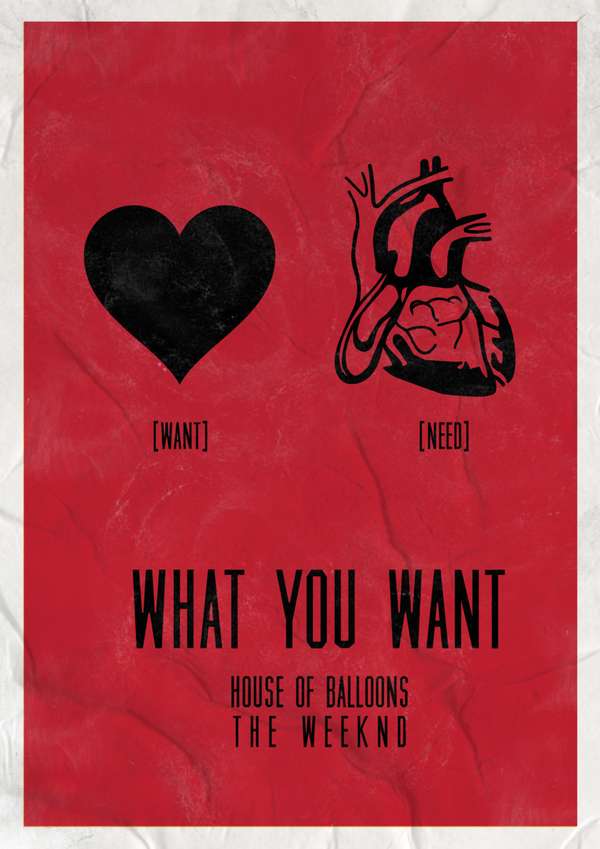 These The Weeknd Posters Illustrate the Crooner's Intoxicating Lyrics

These The Weeknd posters hold a special place in fans' hearts as they use potent graphics to illustrate some of the R&B artist's inebriating lyrics. The songs featured so far include What You Need, Lonely Star, Heaven or Las Vegas, and everyone's favorite, Wicked Games. More posters inspired by the mixtapes House of Balloons, Thursday, and The Weeknd's upcoming Echoes of Silence are to be expected.

As of right now, the creator of these The Weeknd posters is unknown, though most blogs link back to a Tumblr titled Principles of Procrastination as its source.
5.8
Score
Popularity
Activity
Freshness
Get Better and Faster

Hipster Mixtape Stats
‘By The Numbers: The Weeknd's Thursday' Breaks Down New Al