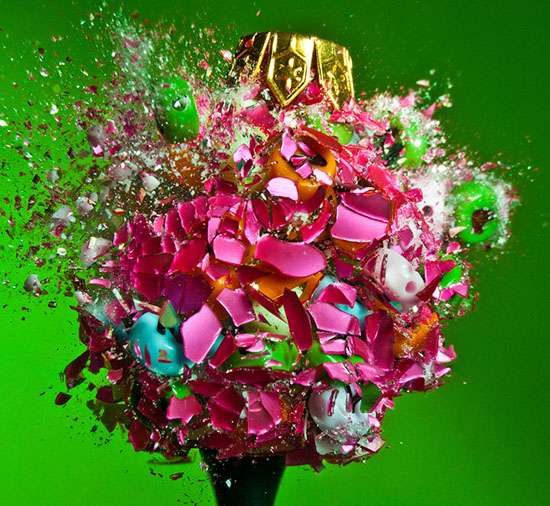 The War Against Christmas Shakes Up the Traditional Bulb

Carly Foy — May 26, 2011 — Art & Design
References: flickr & wildammo
The War Against Christmas series is quite mind-blowing. The series takes traditional Christmas bulbs and other ornaments and adds an explosive element to them. The photographer Alan Sailer has managed to truly destroy the bulbous decorations through various methods such as hurling a ping-pong ball to induce a great explosion.

The bulbs are filled with various materials such as water, Play-Doh, paint and glitter. The resulting images that compose The War Against Christmas is amazing. Alan Sailer's ability to capture the right, explosive moment against bright candy-colored backgrounds; it truly is magical yet shattering.

The reason behind this series according to Alan Sailer is that it is, "A satiric take on the semi-famous Bill O'Reilly diatribe about his imaginary "secular progressive agenda against Christmas."
3.2
Score
Popularity
Activity
Freshness