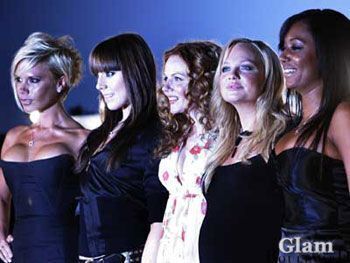 The girls will each receive a $2million paycheck for their design contribution. The designs will include leopard print chairs, floral print chaise longues and colorful mirrors.

"It can't fail to work. The girls have something so individual about them. The company believes all five of the Spice Girls can each bring something unique to the furniture industry. They are sure the girls will be hugely successful selling their own designs," revealed a British newspaper.

The British band, which will debut their comeback tour with a performance during the Victoria's Secret Fashion Show, have also signed a deal with British supermarket giant Tesco for an advertisement.

With a world-wide tour kicking-off in December, will the Spice Girls mania really make a comeback?