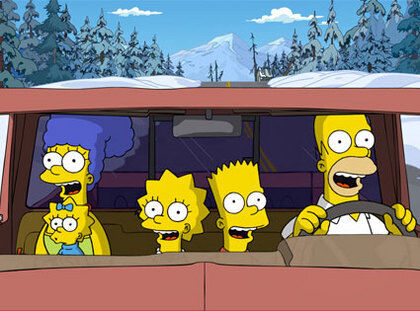 Even though they produce the TV show on an ongoing basis, the first Simpson's movie years to create and a lot more effort was involved than is to produce the Simpsons TV show.

"It will happen at some point, but I have no idea when," he said at the Television Critics Association press tour. "The first one took us four years - mainly because we don't like to work any harder than we usually do. We'll get to it, I'm sure."

Considering how many years it took for the first one to come out, it's really no surprise there will be another wait. Meanwhile, here are some of the top Simpsons related posts from Trend Hunter.
3.7
Score
Popularity
Activity
Freshness
Jeremy Gutsche Keynote Speaker