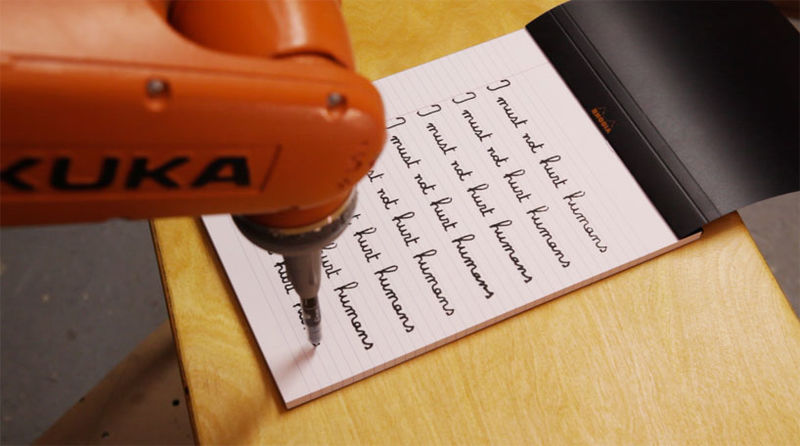 'The Punishment' Pushes People's Fear and Fascination with Robots

Ellen Smith — June 12, 2017 — Art & Design
References: cargocollective & dezeen
The Punishment is an art installation by Filipe Vilas-Boas and architect Paul Coudamy tht addresses people's fears and fascinations with robots. The piece features a single mechanical arm with a pen attached to it. The robot in question performs one function: to repeatedly write the same phrase over and over again. The line, which reads "I must not hunt humans," was designed to "raise awareness of the looming threat of automation."

The robot was designed with human-like handwriting, creating a nuanced and child-like persona, which is complimented by the desk-like structure that it rests itself on. The artists who created The Punishment incorporated robotics and architecture to explore the varying ways in which the increasing infusion of artificial intelligence into every day life both captivates and terrifies society as a whole.
3.6
Score
Popularity
Activity
Freshness