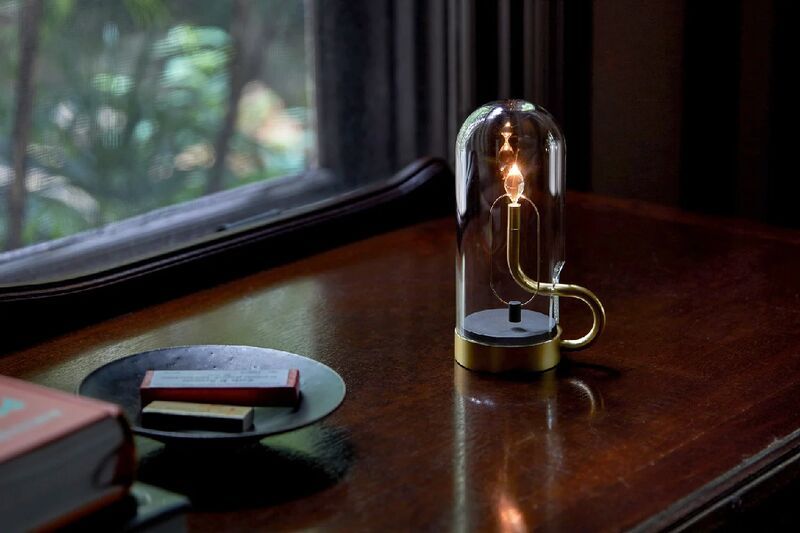 Elena Rahman — October 21, 2021 — Art & Design
References: ambientec.co.jp & yankodesign
Share on Facebook Share on Twitter Share on LinkedIn Share on Pinterest
The Hymn Lamp is an ambient lighting solution for the modern home. Minimalist in its design, the lamp recreates a candle's flame's gentle and calming flicker to create a mesmerizing glow. More specifically, the light pays tribute to the humble candle-lamp of the past.

Fire has an undeniably magnetic hold on humanity. Since its discovery, the evolution of human civilization has increased exponentially. People gather, eat, and pray around flames as an ancient and ongoing practice. The lamp attempts to recreate this same allure with its fire-like appearance. Hymn is made from an aluminum body, a glass cover, and a looped metal pipe that serves as a grip. Florence's underground passageways inspire its design. A 2000K warm LED light projects on a pendulum lens that rotates and swats to create the desired effect.