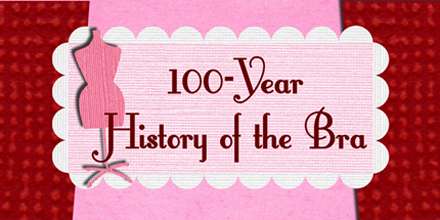 The History of the Bra is No Longer Under Wraps

Carly Foy — June 5, 2011 — Naughty
References: onlinedating.org & holykaw.alltop
The History of the Bra has managed to highlight this undergarment's intensely intriguing past.

For those who didn't know, myself included, the bra was actually first thought of by a man named Henry Lesher. The brassiere was a prototype to help absorb sweat and had inflatable pads. The infographic also shares some important facts about cups; for example, an A cup holds about 8 ounces of water, and the first sports bra did not exist until 1977. The History of the Bra also points out when important styles, such as the bandeau, were highly popular.

This infographic is not just full of padding; it actually contains some really great facts, such as the time of bra-burning and the creation of the infamous lingerie company Victoria's Secret.
5
Score
Popularity
Activity
Freshness