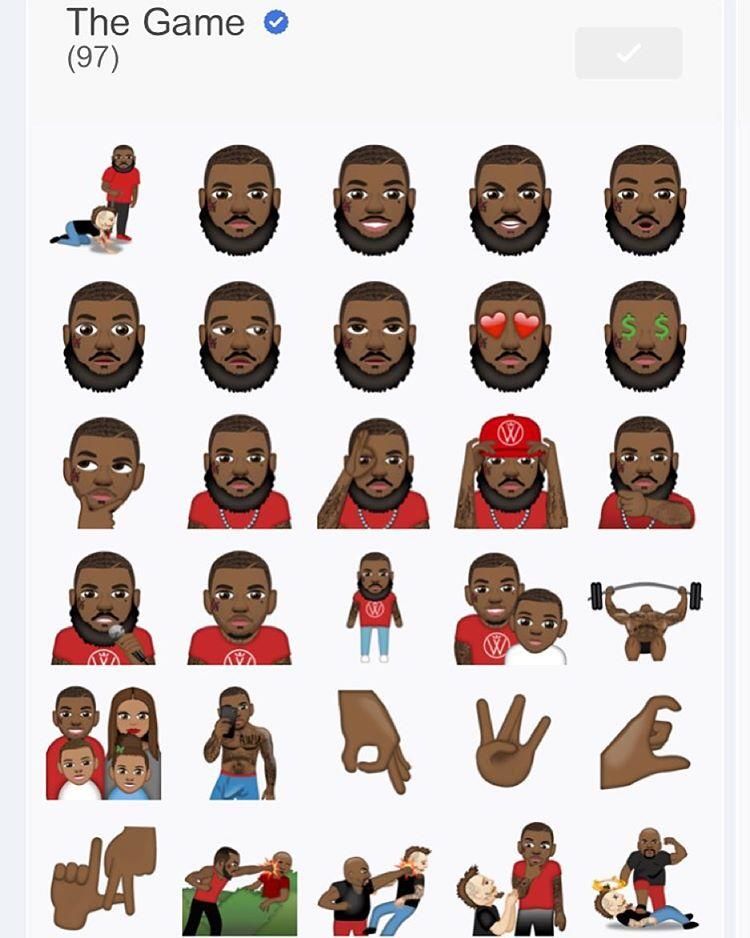 The Game Launched a Collection of Hip-Hop Heavy Emojis

Following such stars as Kim Kardashian, Fabolous and Paul McCartney, who have all successfully launched their own line of emojis, The Game has also sought the help of emoji company Moji to release his own line of quirky emoticons. Sharing his lineup on Instagram, fans were exposed to the wide variety of emojis the Compton rapper designed. Staying true to his L.A roots and hip-hop influences, The Game's emojis include nods to Compton's gang culture, chicken and waffles, malt liquor in a brown bag and even an image of El Chapo running from the police.