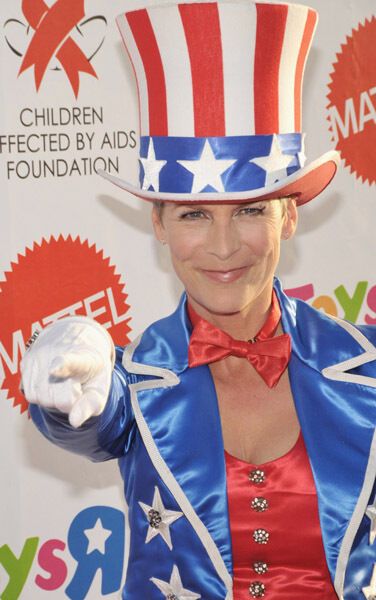 A-Listers Dress Up for AIDS

The costumes the celebrities wore were not terribly complicated, and I think the best one of them all was Jamie Lee Curtis’ patriotic Uncle Sam ensemble. Furthermore, Jada Pinkett-Smith, whose makeup was impeccable, rocked a red-and-blue Supergirl outfit, while Jason Priestley was decked out in a Royal Canadian Mounted Police getup.

Melina Kanakaredes who starred for 5 seasons in the critically-acclaimed series ‘Providence’ was dressed as a very stylish witch in a black dress and hat.
1.6
Score
Popularity
Activity
Freshness
Get Better and Faster