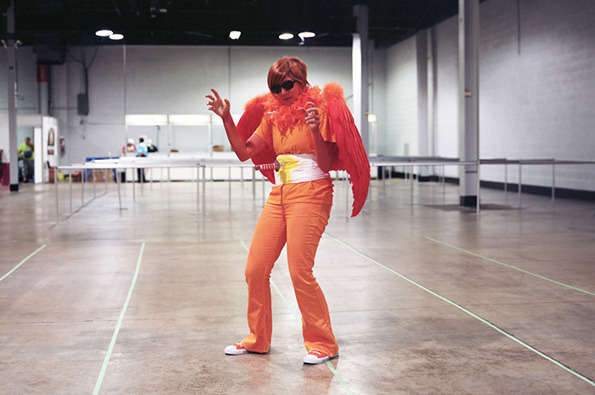 The Con by Vincent Glielmi Captures the Quirky and the Costumed

Meghan Young — April 26, 2013 — Fashion
References: vincentglielmi & itsnicethat
Share on Facebook Share on Twitter Share on LinkedIn Share on Pinterest
The Con photo series isn't what it might sound like at first. There are no con artists here. Instead, it is a shorted term for the common convention, the type that brings out all the comic book crazies out there. Instead of the typical documentary-style captures, however, The Con photo series is filled with personality-ridden portraits that are entertaining to witness.

The project of photographer Vincent Glielmi, The Con photo series particularly focuses on the "stark contrast between their costumes and the environments surrounding them," as observed by It's Nice That. Whether it is an empty auditorium or a busy foyer, the people attending these events look completely out of place. Nevertheless, they don't feel out of place, nor does it look like they would care if they did.
1.2
Score
Popularity
Activity
Freshness
Attend Future Festival