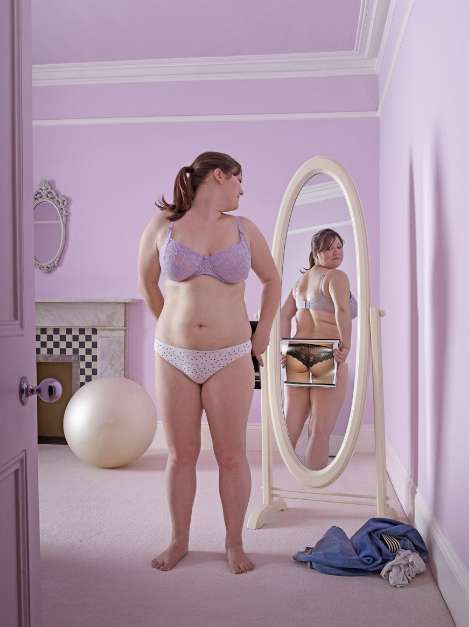 Meghan Young — November 18, 2012 — Lifestyle
References: behance.net
Share on Facebook Share on Twitter Share on LinkedIn Share on Pinterest
The Body by Guy Merrill is a hilarious photo series visualizing a common discontent many Americans have when it comes to their bodies. Wanting to look like the models they come across in magazines, they attempt to work out and eat right, but usually it just ends up with sighs of depression and wishful thinking. Oh, and standing in front of the mirror with a magazine to visualize what it would be like to have the perfect breasts or abs.

Highly stylized, The Body by Guy Merrill, a talented photographer hailing from London, England, addresses the insecurities of both men and women. Although women tend to be in the spotlight when it comes to these issues, men are just as effected by the depiction of the toned, muscular bodies of male models.
6.2
Score
Popularity
Activity
Freshness
Attend Future Festival Virtual