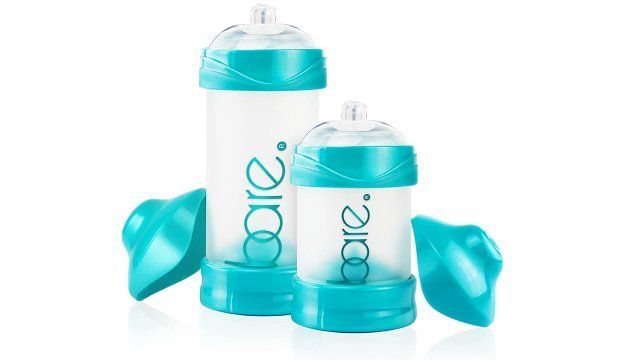 Meghan Young — May 12, 2015 — Lifestyle
References: bittylab & fastcompany
Share on Facebook Share on Twitter Share on LinkedIn Share on Pinterest
There are many reasons why mothers would opt to complement breastfeeding with bottle-feeding or adopt the latter entirely and The Bare Bottle brings a couple of these reasons to light. Designed to mimic the breast as closely as possible, it helps ensure newborns are given as much nutrients as possible without the painful gas that commonly builds up when nursed on a bottle.

Conceived by Priska Diaz, CEO of Bittylab, The Bare Bottle was created out of her own need. She reveals, "I learned about air vents, which eliminate the negative pressure in bottles caused by suction, but also let in air that babies then ingest, resulting in gas and colic. I thought, 'My breasts don't have air vents, why should baby bottles?' That was the million-dollar question." The Bare Bottle avoids that while also promoting a full latch on from babies.
2.8
Score
Popularity
Activity
Freshness
Get Trend Hunter Dashboard