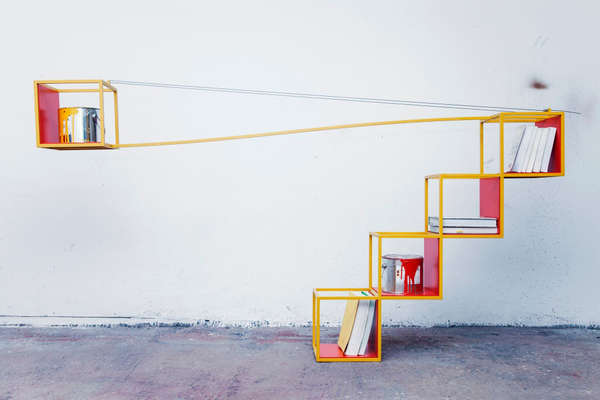 The Autonomists by Magenta Studio is Inspired by Independence

Meghan Young — April 27, 2013 — Art & Design
References: design-milk
Share on Facebook Share on Twitter Share on LinkedIn Share on Pinterest
The Autonomists by Magenta Studio, which was established by Ronen Bavli and based in Jerusalem, Israel, is an exhibit that showcases some singular furniture pieces. More art than anything else, the objects adhere to their own rules. Since the collection is inspired by a human sense of independence and freedom, that is a natural development. As stated by the studio, "The Autonomists generates reflections on independence, freedom of choice, pleasure and amusement, beside and together with necessity and logic – the cornerstones and delineators of the design work."

The sense of liberation that The Autonomists by Magenta Studio exhibits is incredibly imaginative and inspiring. A captivating collection, it lures people in with a taste of the surreal as well. Although clearly related, there are differences between each object that makes the collection appear like a family.
2.6
Score
Popularity
Activity
Freshness
View Innovation Webinars