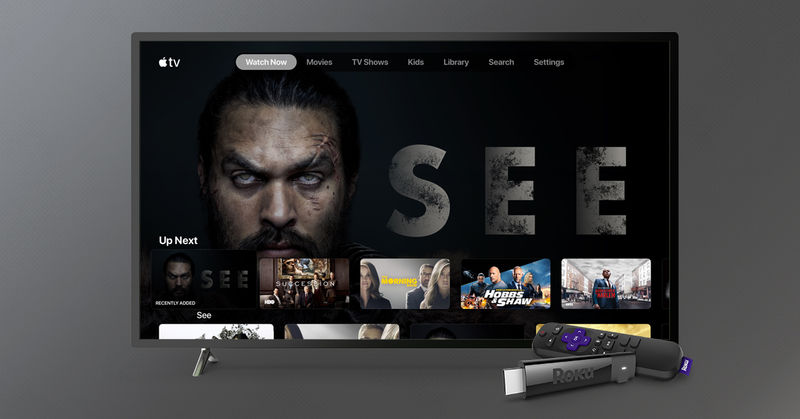 The Apple TV App Can Now Be Accessed on Roku Devices

Daniel Johnson — October 15, 2019 — Tech
References: newsroom.roku & engadget
Share on Facebook Share on Twitter Share on LinkedIn Share on Pinterest
It was recently announced that the Apple TV app will available on the Roku platform. Additionally, starting on November 1st, Apple TV+ will be available to Roku users. Consumers will be able to access Apple TV+ for a $4.99 price point, which will grant access to over 100,000 streaming titles. Apple has also announced that a free year subscription to Apple TV+ will come with the purchase of an iPhone, iPad, Mac, or Apple TV.

The Apple TV on the Roku platform makes sense as the organization is attempting to increase the user base before the release of Apple TV+. Due to the competition in the streaming market, Apple is attempting to expand the use of this streaming service well beyond its own devices.