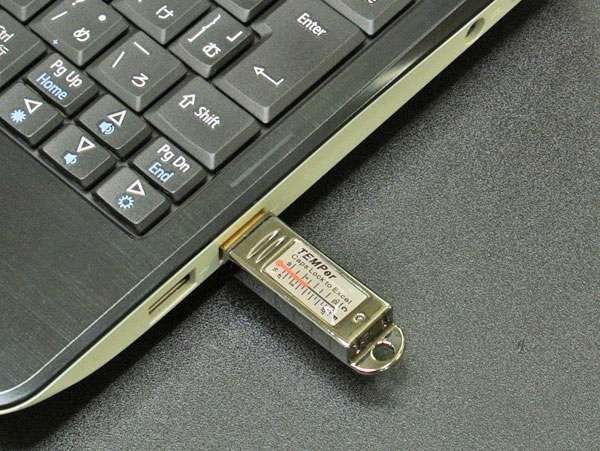 Elise Ying-Hei Ho — December 11, 2012 — Tech
References: donya.jp & damngeeky
Share on Facebook Share on Twitter Share on LinkedIn Share on Pinterest
The TEMper thermometer USB conveniently displays the room's internal temperature while the user works. At first, one may wonder why anyone would be concerned with the temperature while working on their computers, considering it's mostly indoors anyway but places like Japan where there is no central heating can pose a health concern, especially for the focused workaholics.

There have been days where individuals are tapping away furiously at their keyboard without a second thought as to what the temperature indoors is. Though the body may be relatively warm, the fingers and toes can get numb, crackly and dry, making it increasingly difficult to work. Though the TEMper thermometer USB displays the interior temperature, it's also a reminder for those who work indoors to dress warmly and not be too stingy with the heat.
0.8
Score
Popularity
Activity
Freshness
Jeremy Gutsche Keynote Speaker