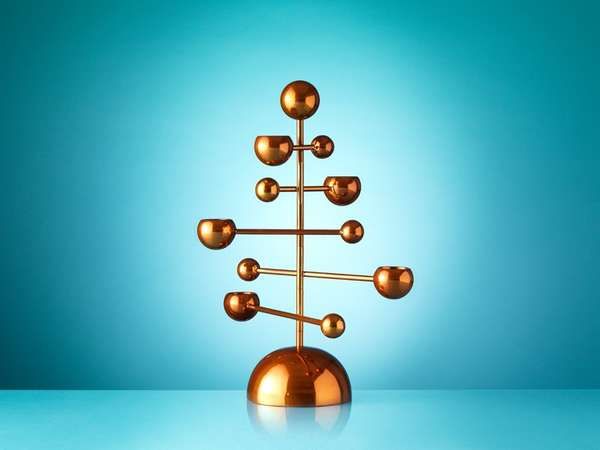 Meghan Young — September 4, 2012 — Art & Design
References: notedesignstudio.se & contemporist
Share on Facebook Share on Twitter Share on LinkedIn Share on Pinterest
The Teluria Candelabra boasts a retro futuristic aesthetic that is appropriately inspired by the solar system. In particular, it is influenced by the movements of the earth, moon and sun. The multi-armed candlestick boasts globular ends that cup each tea light candle. These globes reproduce the relative motion of the three bodies represented, visualizing the "causes of night and day, solar and lunar eclipses and the phases of the Moon," according to the creators.